" It was in the autumn of 1830 that the agricultural labourers, mainly those in the southern half of England, rose up against their masters in an effort to better the lives of themselves and their families. By the beginning of 1831, instead of the improved working and living conditions they had hoped for, many families found themselves worse off with the breadwinner confined to prison or worse still on board the hulks awaiting transportation to either New South Wales or Van Diemen’s Land, as Tasmania was then called, and many of those left behind described as 'on the parish.' " 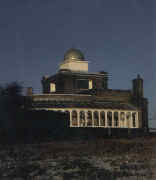 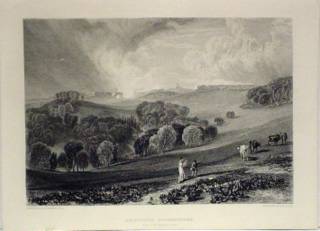 Posted by Annette at 6:16 PM No comments:

"Between 1810 and the early 1820s Turner worked closely for two very different patrons, whose quite specific interests were given lasting form as a result of their connection with the artist. The first was John Fuller (known as 'Mad Jack': 1757-1834), who was the Tory MP for Sussex between 1801 and 1812. Like Beckford, his wealth derived from sugar plantations in the West Indies, and he was accordingly a vocal supporter of slavery. The connection with Turner began in 1810 with a request for a set of four watercolours showing Fuller's Sussex estate, Rosehill, and those of other neighbouring country houses. At much the same time Turner produced an oil painting of Rosehill though this is perhaps the least involving of his country house pictures; the strongly delineated areas of shadow across the middle distance creates an awkward transition, as the eye travels towards the distant speck of the mansion. He subsequently painted further views recording the lush undulating landscape to the north and west of Hastings, much of which was owned by Fuller. One of these later watercolours includes the observatory Fuller constructed high on the brow of a hill in Brightling Park, where he pursued his amateur interest in astronomy. However, its diminutive scale in the image suggests that Turner used the commission to emphasize the beauties of the scenery, instead of the characteristic interests of his patron. "