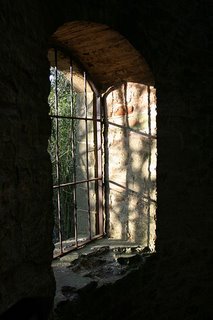 Inside Out - BBC South East: Monday January 30, 2006
Inside Out looks at some unusual features on the Sussex landscape, and asks if their creator John Fuller was mad or just slightly eccentric?
A pyramid isn't what you'd normally expect to see in an English graveyard.
But this pyramid isn't in Egypt - it's in Brightling, East Sussex.
It's not the tomb of an Egyptian pharaoh, it's the tomb of a Georgian squire - Mad Jack Fuller.

So who was the real Jack Fuller?
Born John Fuller in 1757, Mad Jack was MP for Lewes and incredibly rich.
He got his nickname from the way he spent his money, trying to make sure he was remembered.
Today he is remembered, as 'Mad' Jack.
But how mad was he? To find out, Inside Out has assembled a team of experts:
Keith Leech - member of Mad Jack's Morris Dancers.
Celia Caulkin - leads walks around Mad Jack's follies.
Geoff Hutchinson - he's written a book about Mad Jack.

Read the full article here. There are one or two minor inaccuracies.
Photo courtesy of Mark Duncan.
Posted by Annette at 6:40 PM 1 comment:


On Wednesday January 25, Tristan Forward published some excellent photos of Jack Fuller's pyramid and details of St Thomas Church, Brightling on his The Emotional Blackmailers Handbook blog which can be viewed here.
Posted by Annette at 9:29 PM No comments: