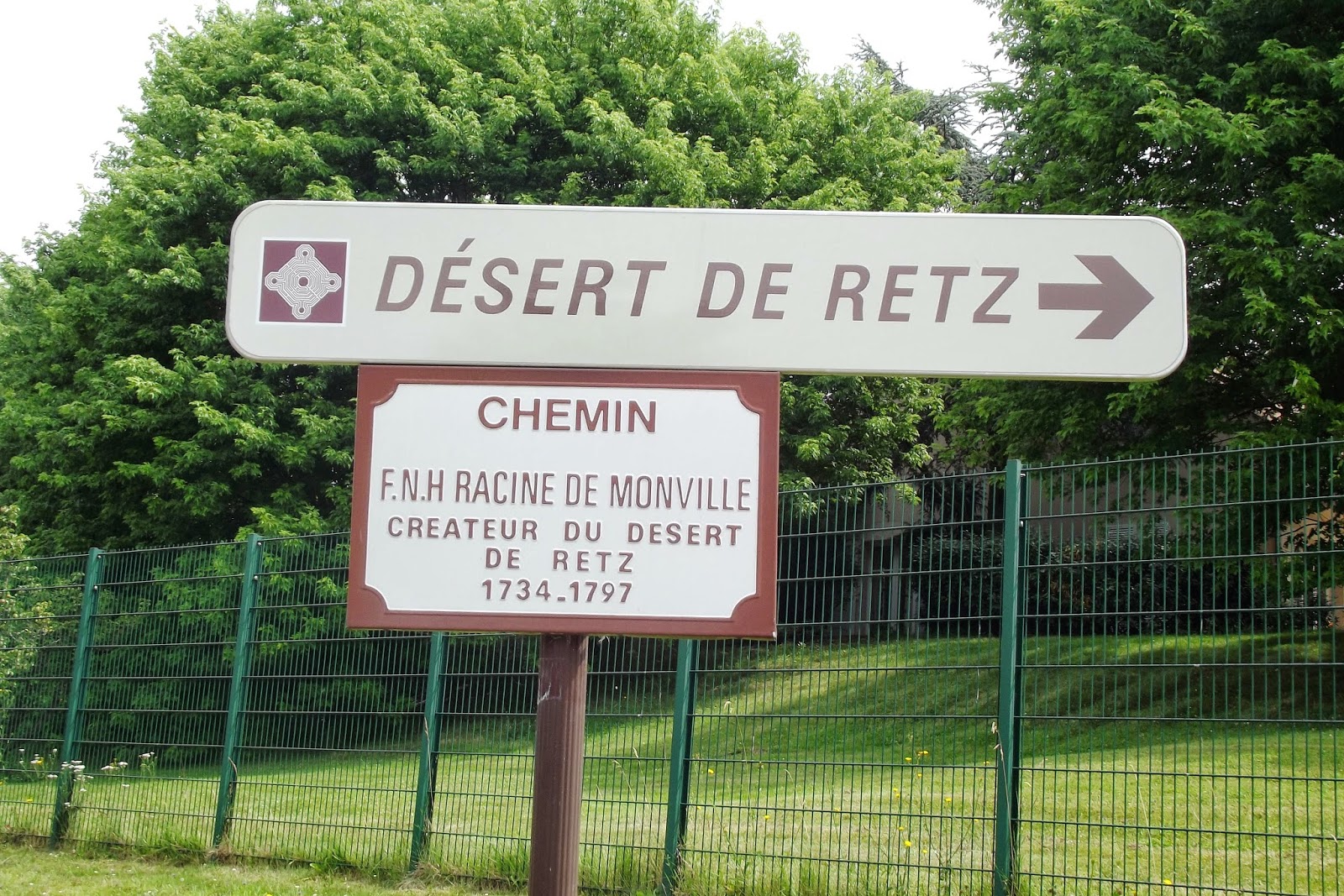 The Désert de Retz at Chambourcy, France is an Eighteenth Century folly garden now only open  to the public for guided tours.  I had wanted to visit ever since I started correspondence with Ronald Kenyon, a kindred spirit, who has spent years researching and writing about the life and works of the folly garden's creator  François Racine de Monville.  Visit Kenyon's website here. 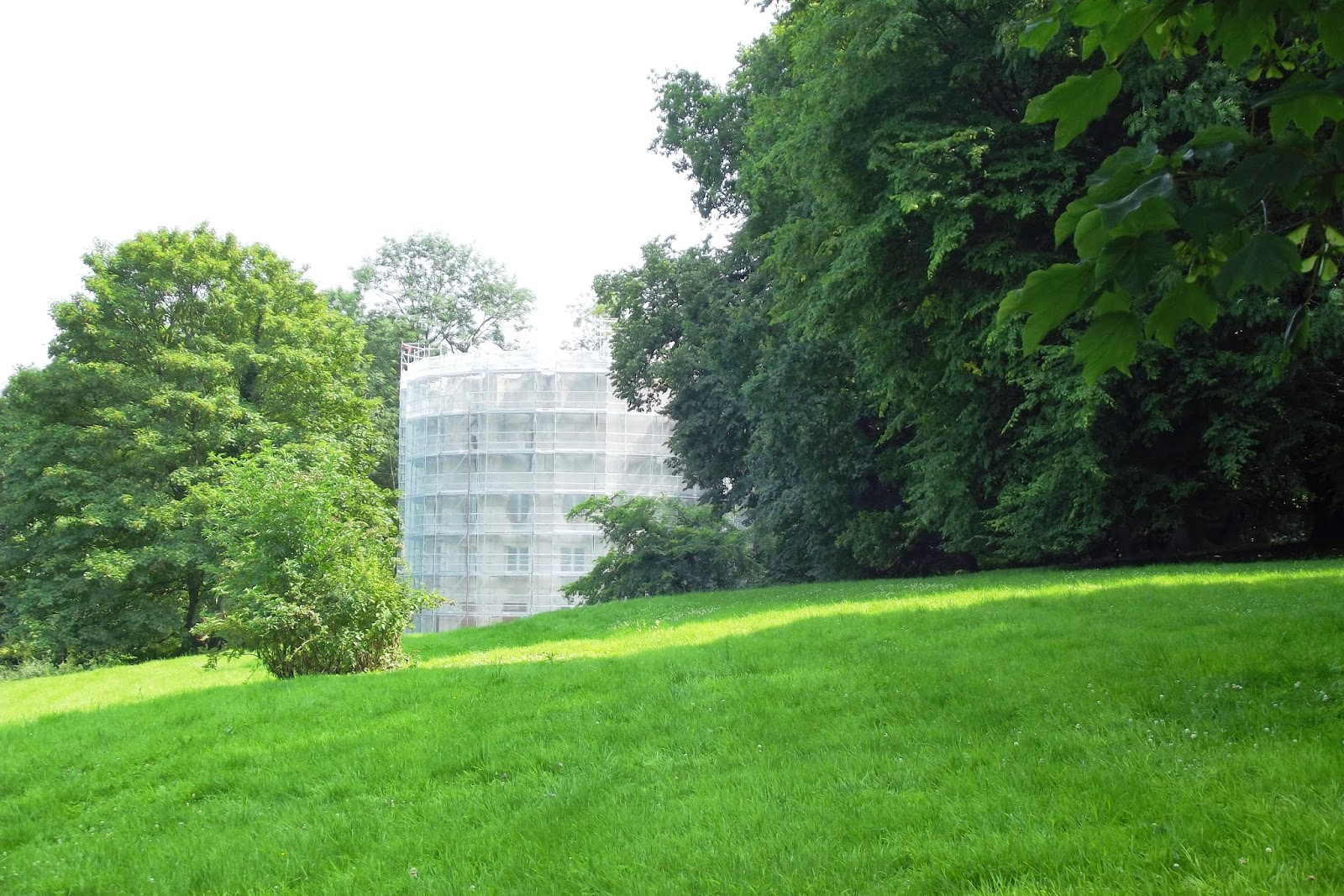 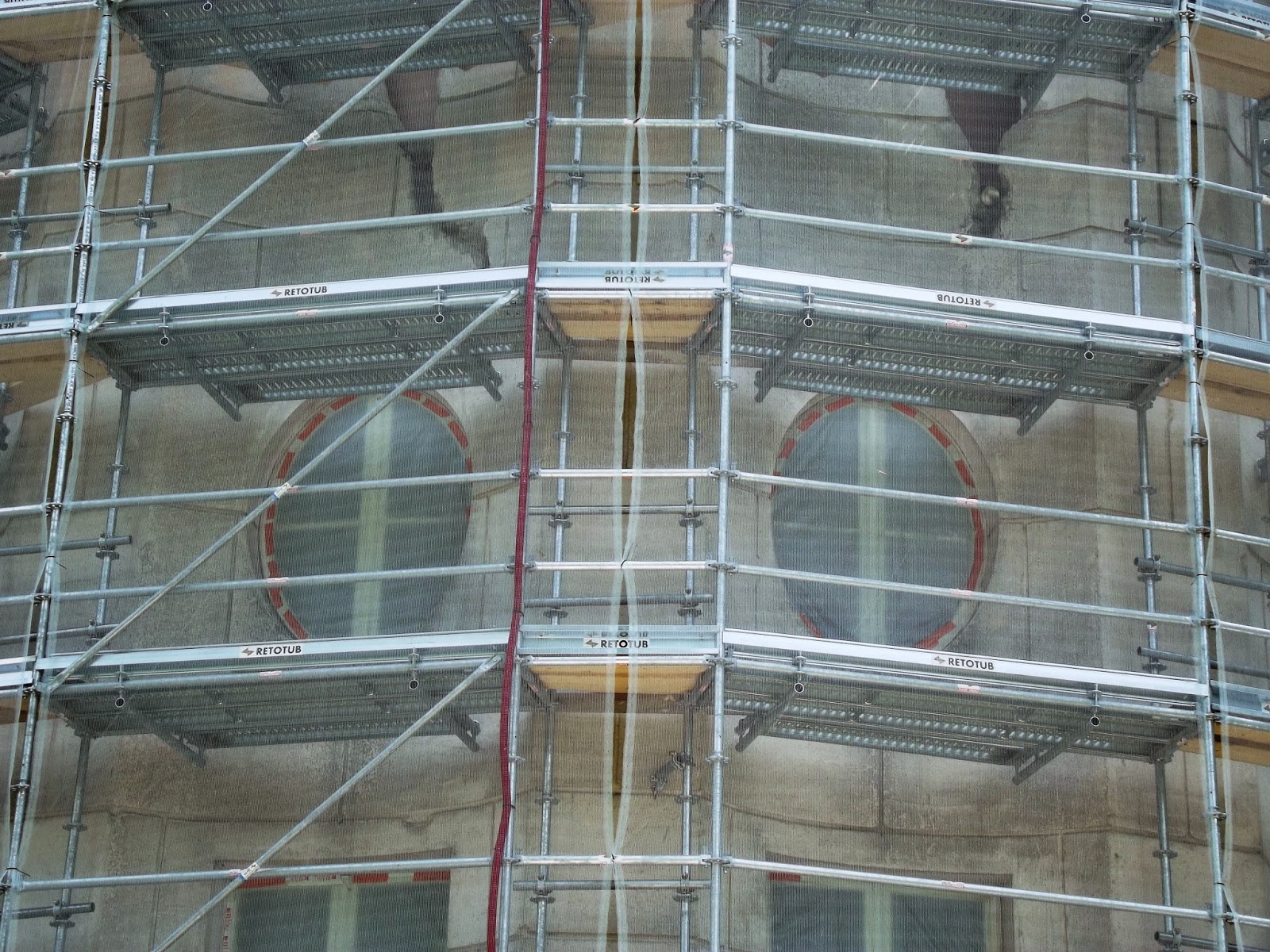 In a way, I was disappointed that the garden's centerpiece, the Column House was scaffolded and off limits due to ongoing renovations. Then I realized that it's better that it is being preserved rather than left to the ravages of time.

Like Fuller, Monville was independently wealthy and had a pyramid, temple and obelisk constructed on his property. Fuller had a townhouse in London and Monville a home in Paris. Both were keenly interested in music, art and science. Read my comparison of the two here.

Another highlight of our visit to France was meeting Ronald Kenyon in Paris. We had been corresponding since 2002 and it was a pleasure to finally meet him and find out about his latest research. We both wonder whether Fuller ever visited France or knew about the Désert de Retz. Both Monville and Fuller knew Henry and Hester Thrale so one can't help asking what other connections they may possibly have had. 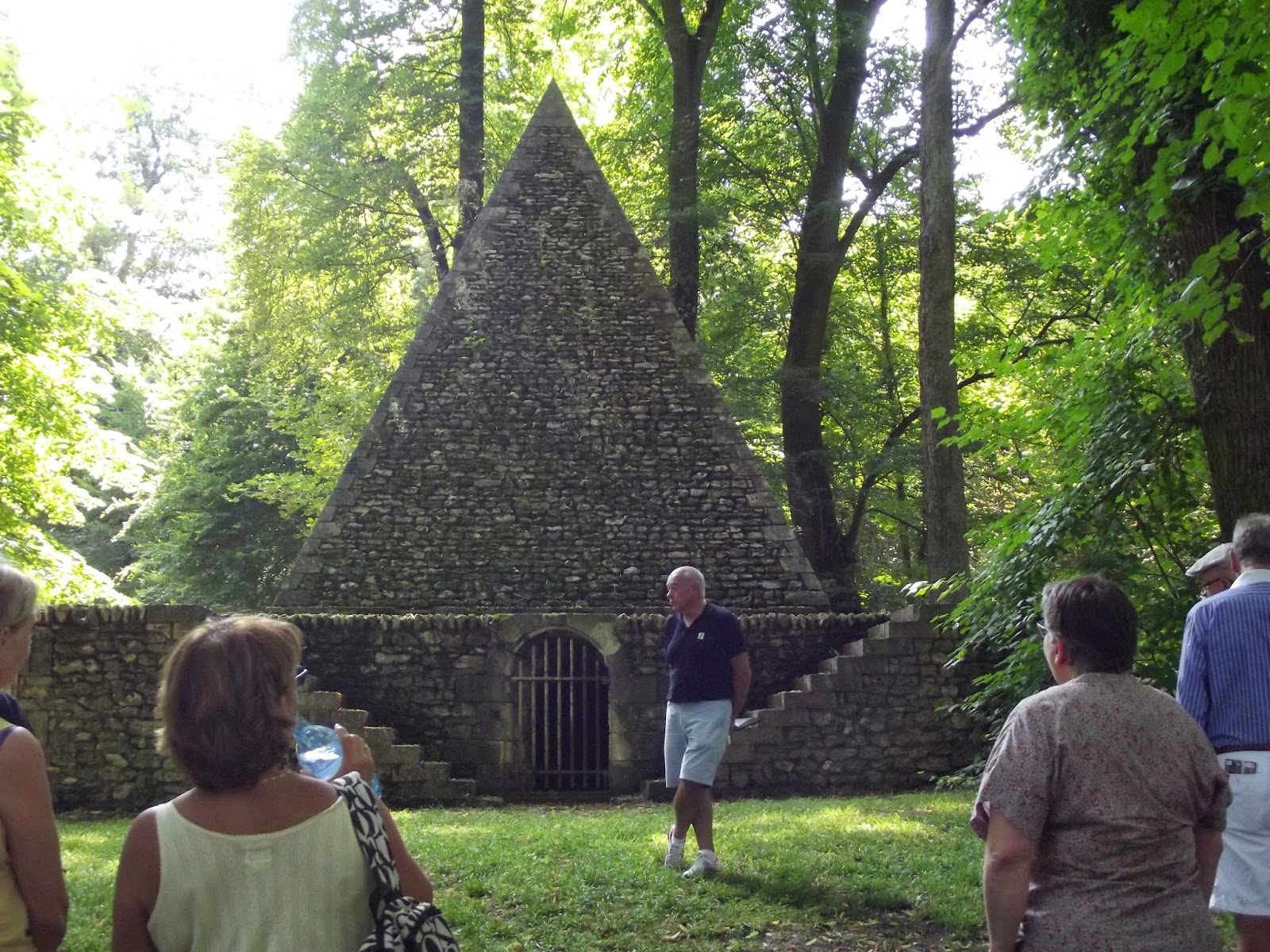 Our guide explains how Monville's pyramid ice house was constructed. 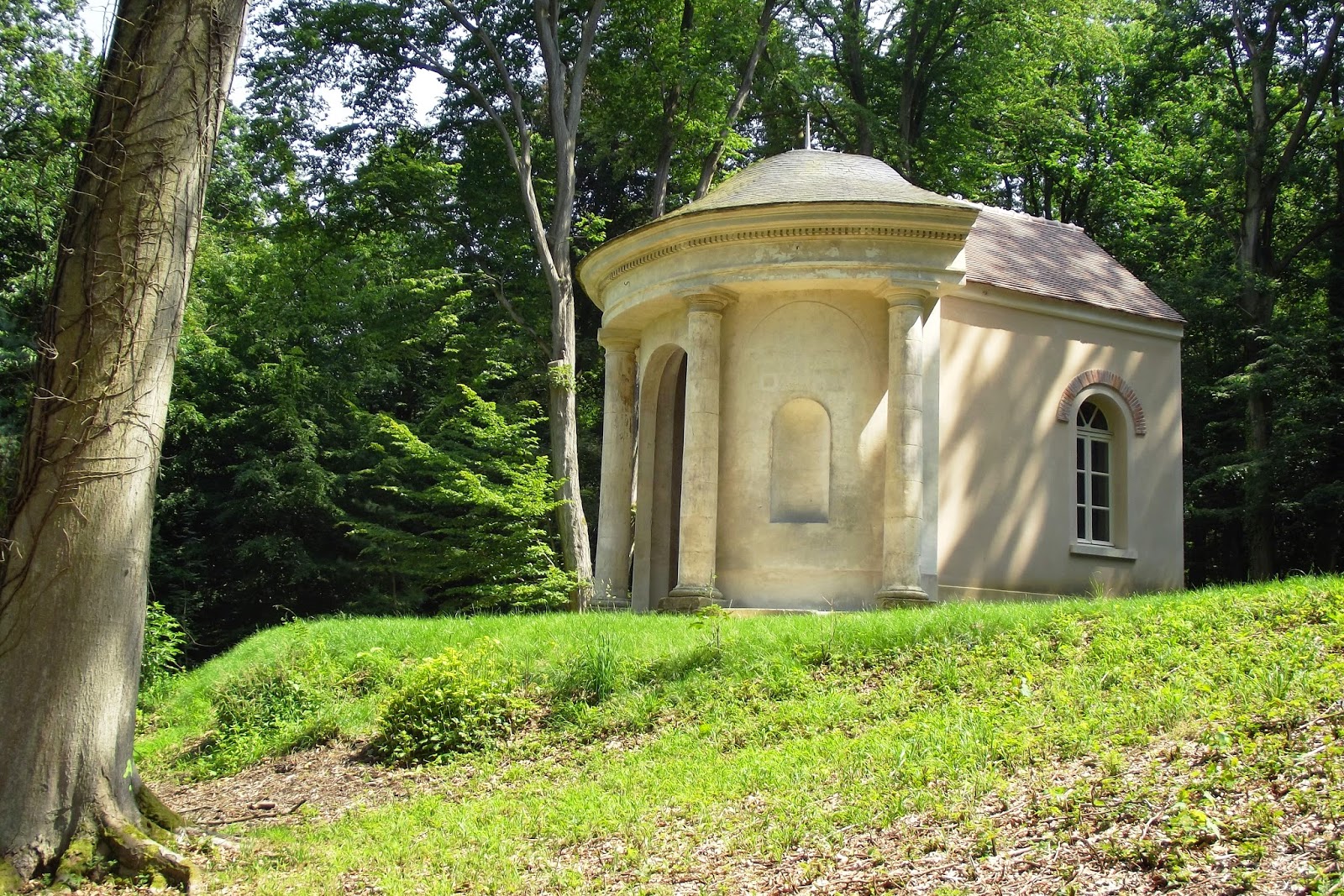 The recently renovated Temple of Pan.
Posted by Annette at 10:14 AM No comments: