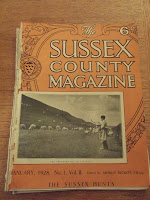 This article starts by explaining how Peter Fuller, a mechanic of Tonbridge, was seeking to correct the "wrongful devolution" of John Fuller's estate (in his own interest, I'm sure). Unfortunately, the article does not shed any light on what evidence Mr Fuller had unearthed to support his claim in the eighteen years of research and wheelbarrow full of documents he had collected.

There are, several errors in the article. 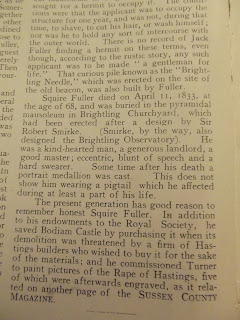 Posted by Annette at 6:35 PM No comments: