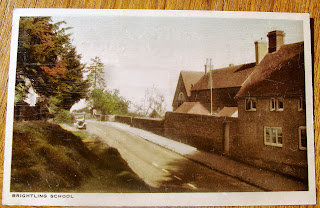 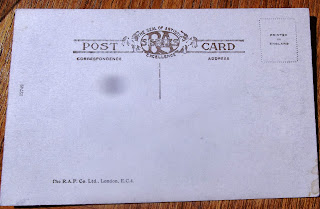 The Sugar Loaf Band play in a traditional English style but draw from many sources which are both traditional and recently penned.

They were formed from within Mad Jack's Morris for a ceilidh at which they were dancing at Battle in 2007. This was so successful that they carried on to include other local musicians and have decades of experience between them with other bands such as Banjax and the Catsfield Steamers.

The band takes its name from a folly built by Mad Jack Fuller at Dallington, East Sussex. 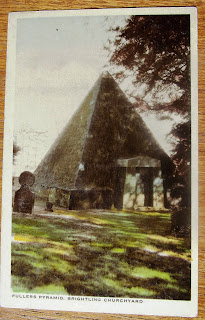 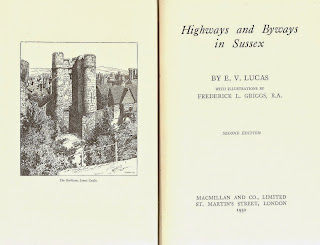 Four miles west of Robertsbridge, up hill and down, is Brightling, whose Needle, standing on Brightling Down, 646 feet high, is visible from most of the eminences in this part of Sussex. The obelisk, together with the neighbouring observatory, was built on the site of an old beacon by the famous Jack Fuller—famous no longer, but in his day (he died in 1834 aged seventy-seven) a character both in London and in Sussex. He was big and bluff and wealthy and the squire of Rose Hill. He sat for Sussex from 1801 to 1812, and was once carried from the House by the Sergeant at Arms and his minions, for refusing to give way in a debate and calling the Speaker "the insignificant little fellow in a wig." His election cost him £20,000 plus £30,000 subscribed by the county. When Pitt offered him a peerage he said no: "I was born Jack Fuller and Jack Fuller I'll die." When he travelled from Rose Hill to London Mr. Fuller's progresses were almost regal. The coach was provisioned as if for arctic exploration and coachman and footmen alike were armed with swords and pistols. ("Honest Jack," as Mr. Lower remarks, put a small value upon the honesty of others.) Mr. Fuller had two hobbies, music and science. He founded the Fullerian professorships (which he called his two children), and contributed liberally to the Royal Institution; and his musical parties in London were famous. But whether it is true that when the Brightling choir [Pg 381]dissatisfied him he presented the church with nine bassoons, I cannot say.

John Fuller has a better claim to be remembered in Sussex by his purchase of Bodiam Castle, when its demolition was threatened, and by his commission to Turner to make pictures in the Rape of Hastings, five of which were engraved and published in folio form, in 1819, under the title Views in Sussex. One of these represents the Brightling Observatory as seen from Rosehill Park. As a matter of fact, the observatory, being of no interest, is almost invisible, although Mr. Reinagle, A.R.A., who supplies the words to the pictures, calls it the "most important point in the scene." Furthermore, he says that the artist has expressed a shower proceeding "from the left corner." Another picture is the Vale of Ashburnham, with the house in the middle distance, Beachy Head beyond, and in the foreground woodcutters carrying wood in an ox waggon. "The whole," says Mr. Reinagle, A.R.A., "is happily composed, if I may use the term." He then adds: "The eye of the spectator, on looking at this beautifully painted scene, roves with an eager delight from one hill to another, and seems to play on the dappled woods till arrested by the seat of Lord Ashburnham." Other pictures in the folio are "Pevensey Bay from Crowhurst Park," a very beautiful scene, "Battle Abbey," and "The Vale of Heathfield," painted from a point above the road, with Heathfield House on the left, the tower on the right, the church in the centre in the middle distance, and the sea on the horizon: an impressive but not strictly veracious landscape. In Brightling church is a bust to John Fuller, with the motto: "Utile nihil quod non honestum." A rector in Fuller's early days was William Hayley, who died in 1789, a zealous antiquary. His papers relating to the history of Sussex, are now, like those of Sir William Burrell, in the British Museum.
Posted by Annette at 12:46 PM No comments: 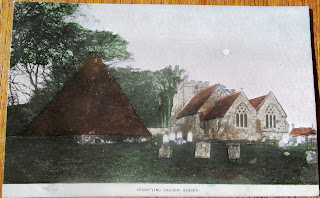 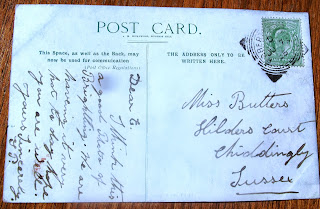 
Dear E.
I think this a good Photo of
Brightling. We are
haveing it very
hot to day hope
you are well.
Yours Sincerely,
G T.
Posted by Annette at 7:05 AM No comments:

The Landscapes of East Sussex by David Sellman & Rupert Taylor 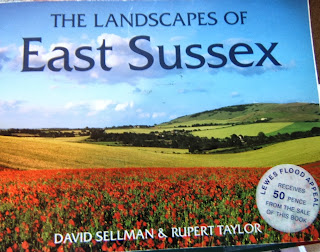 In the chapter called Commanding the Rother a description of Bodiam Castle mentions John "Mad Jack" Fuller and his ownership of this much photographed landmark:

"But the arrow slits, cannon ports and 'murder holes' (through which missiles could be dropped through the cieling on attackers) were never used in anger.  The castle fell into decay and was rescued in 1829 by 'Mad Jack' Fuller of Brightling when a Hastings builder planned to demolish it, and was then restored by two later owners, George Cubitt and Lord Curzon who presented it to the nation.  Under the care of the National Trust is is now a breathtaking if incongruous part of the landscape. The moat is fed by springs and the water is certainly purer now than in medieval times - there are no fewer than 28 garderobes or latrines at Bodiam, each with a drain shaft to the moat. "

There is an error in the section about Heathfield Park in which the authors confuse a noted local diarist with a famed landscape painter:

"The view south they may or may not have noticed. But it has barely changed since Thomas Turner painted The Vale of Heathfield two centuries ago."

Thomas Turner (1729 -1793) was a shopkeeper in East Hoathly, Sussex whose eleven year diary makes interesting reading and provides insight into life in an Eighteenth Century village. Joseph Mallord William Turner (1775-1851) was commissioned by Jack Fuller to paint views of Sussex, which included The Vale of Heathfield (1815), The Vale of Ashburnham, Brightling Observatory from Rosehill Park, The Vale of Pevensey and Battle Abbey, the Spot Where Harold Fell.

The Vale of Heathfield by JMW Turner
Posted by Annette at 7:16 PM No comments:

I have recently become a member of Pinterest and started a John "Mad Jack" Fuller board.
See: http://pinterest.com/ziggypinkles/john-mad-jack-fuller/

Many images from my website had already been "pinned" by other users and I have added some myself.
As always, I strive for accuarcy and greatly appreciate people who contact me to help in this regard.

Posted by Annette at 5:17 AM No comments:

A member of a prominent family of Sussex iron masters with an extensive sugar estate in Jamaica, he attended Eton College between 1767 and 1774. In 1777 he inherited the entire family fortune and thereafter split his time between Rose-Hill, his Sussex house, and London. As a wealthy unmarried man, he was able to indulge his many interests including politics and building a number of follies in Sussex. He was Tory MP for Southampton between 1780 and 1784 and spent an enormous sum to be elected MP for Sussex in 1801. He held the seat until 1812 and pursued a colourful parliamentary career, even by the standards of the time. In 1810, after swearing in a committee, he reportedly called the Speaker ‘the little insignificant fellow in the wig' for which he spent two nights in Parliament's prison. He was a prominent patron of both art (commissioning J.M.W. Turner) and science. For the latter he supported the Royal Institution to which he made considerable loans (later written off), established the Fuller Medal and endowed, with £10,000, the Fullerian Professorships of Chemistry and of Physiology and Comparative Anatomy. Source: Royal Institution
Posted by Annette at 1:47 AM No comments: