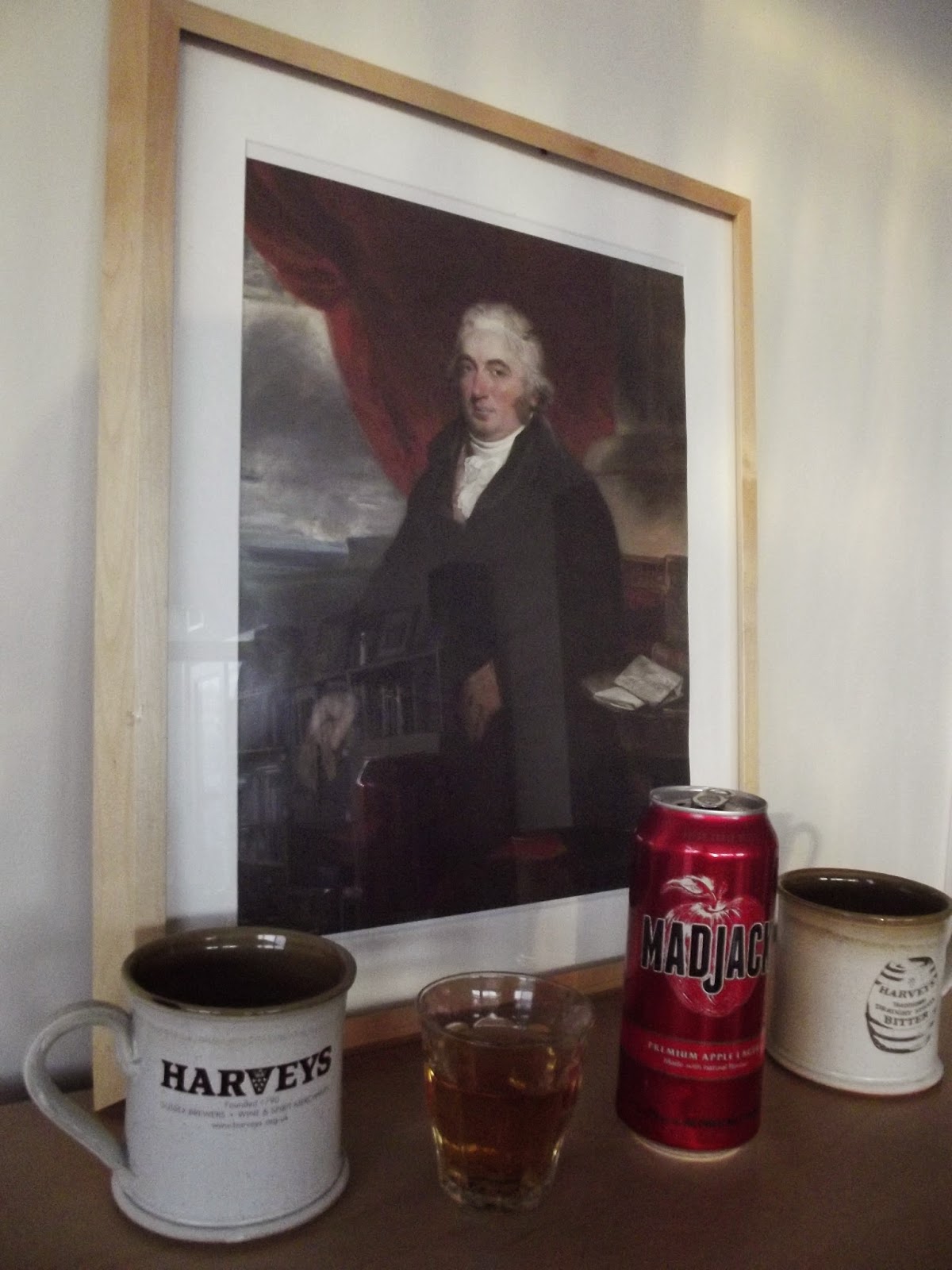 Of course, we had to try it.  I was expecting an "alcopop" or "cooler" type drink with an artificial aftertaste. Surprisingly, it was more like a shandy or lime & lager with a crispness to it.

I asked Molson Coors how they came up with the name of this product. They replied, " Mad Jack refers to both our crazy obsession for creating quality brews with a subtle nod to Molson Coors founder John Molson (sic)".

Cheers!
Posted by Annette at 7:10 AM No comments:

Memorial to John Fuller of Catsfield 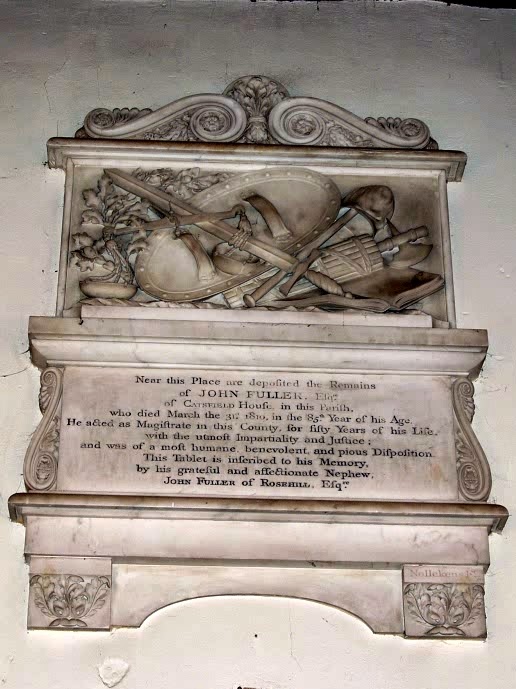 Near this Place are deposited the Remains
of JOHN FULLER, Esq.
of Catsfield House in this Parish
who died March the 11st 1810, in the 85th year of his Age
He acted as Magistrate in this county, for fifty Years of his Life,
and was of a most humane, benevolent, and pious Disposition.
This Tablet is inscribed to his Memory
by is grateful and affectionate Nephew,
JOHN FULLER of ROSEHILL, Esq.

John Fuller died unmarried and without issue. "Mad Jack" was his principal heir and so inherited Park Gate (also called Catsfield House) and School Hill House in Lewes, among other properties.