John Fuller, Esq., (1757-1834) was a founding member of the Royal Astronomical Society. On March 9, 1832 Fuller presented the society with a repeating theodolite with a horizontal circle of 20 inches diameter, made by Thomas Jones, of Charing Cross, London in 1813.

Thank you for any help you can provide. Please forward this to any one you think may be interested.
Posted by Annette at 7:22 PM No comments:

Heathfield Park: A private estate and a Wealden town

Major John Fuller of the Trained Bands bought Bayley Park from Frances Turvin in what would be called in modern terms a distress sale for £900 in 1708. It is not known who lived in the house during the Fuller’s ownership which lasted 13 years.  Tanners Manor at Waldron was home to the Fullers until John’s brother Thomas rebuilt the mansion at Brightling. It was renamed Rose Hill in 1705 by Thomas’ son, another John Fuller in honour of his wife, Jamaican sugar plantation heiress,  Elizabeth Rose.
When Major Fuller sold Bayley Park in 1721 for £2400 it was only a slightly smaller estate of 227 acres.  “But Fuller still contrived to safeguard the all-important rights to its water in a covenant under which he reserved the liberty to draw water from the several ponds belonging to the premise ‘as high as and including the Banqueting House pond’ for the use of his furnaces as long as the level did not go lower than ‘the sluices laid for that purpose’.  ESRO SAS RF 3/95; page 45.

Page 44
“Bayley Park  [now Heathfield Park] occupied a strategic position up-stream from the Furnace where a number of springs were located and where water could be collected in holding (’pen’) ponds ready for use when needed. Although it is not known precisely when those in the Park were constructed, it is almost certainly at this time: William Figg’s map of 1819 shows five of them.  According to one account they formed part of a continuing chain three miles in length containing eleven ponds in all. Even so they were not sufficient to enable the furnace to function throughout the year: its operations were largely confined to the winter months, and sometimes had to be curtailed as early as April.”

Posted by Annette at 8:41 AM No comments: 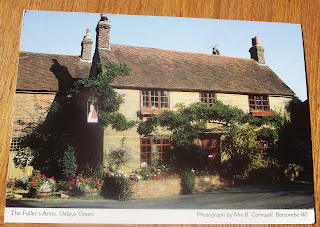 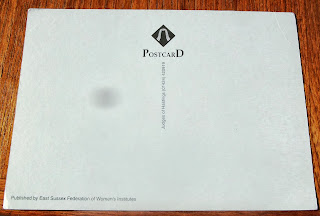 Published by East Sussex Federation of Women's Institutes
Judges of Hastings
Posted by Annette at 7:29 AM No comments:

This well researched book provides a concise history of Wealden Iron Industry and a gazetteer of hammer and furnace ponds in East & West Sussex, Kent and Surrey.  Included is a list of museums with relevant artifacts in their collections. It mentions a Fuller falconet or small cannon at the Tunbridge Wells Museum which is currently closed for renovations.
An abbreviated version of the book can be read at Helen Pearce’s website here: http://www.hammerpond.org.uk/index.htm . The site is periodically updated with revised and new information.

John Fuller of Brightling built Heathfield Furnace in 1693. He was a primary ordnance supplier to Ireland, Sardinia and Naples as well as the British government: two of his guns stand by the Tower of London.  The ironworks ceased production in 1793.  The furnace pond was near the hamlet of Old Heathfield, but has since been drained and the bay damaged.  A chain of four pen ponds survives upstream within the private Heathfield Park.  Originally there were twelve according to a 1795 estate map. (Cleere & Crossley, 1995: 335), presumably necessary due to local watershed difficulties.
Another small pen pond survives together with part of the old brick spillway at TQ 594196, down a muddy public footpath. Old Heathfield can be reached by travelling west along the B2069 road, turning right down School Hill just before Cade Street . John Fuller’s great-grandson was the infamous ‘Mad Jack’ Fuller, who built several follies around the Brightling area.

Fuller one-pounder at Anne of Cleves Museum, Lewes.
Posted by Annette at 8:23 AM 4 comments: 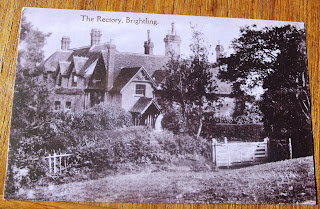 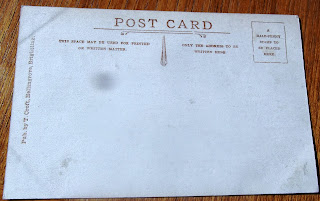 Published by T. Croft, Hellingrove, Brightling
Posted by Annette at 8:23 AM No comments:

Source:http://en.wiktionary.org/wiki/Fullerian
Posted by Annette at 5:05 AM No comments: