This article presents a good history of the origin of the Sussex Spaniel. There are some sources that give the name of the breeder as "Mr. Fuller of Rose Hill, Sussex" and this creates some confusion. To date, I have no evidence that John "Mad Jack" Fuller kept Sussex Spaniels. His heir, the son of his cousin John Trayton Fuller, Augustus Elliot Fuller inherited Rose Hill upon Jack's death in 1834 was an avid hunter and is credited with developing the breed.

Augustus Eliott Fuller and the Sussex Spaniel
by Ria Hörter published in  dogsincanada.com the magazine of the Canadian Kennel Club, December 2010, pages 59 - 63. "A breeder/exhibitor/judge and retired bookseller and publisher, Ria Hörter is a contributing editor of De Hondenwereld, the national dog magazine of Holland."

"Augustus Elliot (also Eliot, Elliott and Eliott) Fuller (1777- 1857) was an extremely rich British landowner who lived in Sussex, Wales and London, and owned property in Jamaica. Around 1795 he began to develop a line of working spaniels, bred for hunting in the heavy cover and clay soil of Sussex – heavily built dogs for a heavy job.

Business with pleasure
The Fuller family had its roots in Uckfield and Waldron (east Sussex). In 1776, John Trayton Fuller married Anne Elliot, daughter of George Augustus Elliot (1st Baron Heathfield) and Anne Pollexon Drake. Their oldest son, Augustus Elliott, was born on May 7, 1777, and the young family settled in Brayley Park, later renamed Heathfield Park. When he was 14, the family moved to Ashdown House in East Grinstead. Augustus and his 10 brothers and sisters were raised as members of the privileged class of aristocratic, well-to-do 18th- and 19th-century families that combined business with pleasure, where pleasure meant hunting with dogs."

A distant and unmarried family member named Rose Fuller died in the same year Augustus was born (1777). For 22 years, Rose Fuller (the name suggests a woman, but Rose was a man) was squire of Rose Hill, situated close to the village of Brightling in Sussex. After his death in 1777, his properties were inherited by his nephew John Fuller, known as “Mad Jack.” When Mad Jack died in 1834, Rose Hill was inherited by another nephew, Augustus Elliot Fuller. By that time, Augustus was an immensely rich man. In 1811 he inherited Ashdown House from his father, and in 1834 Rose Hill, Waldron Estate and Bodiam Castle (then already a ruin) from Mad Jack. Augustus also owned the estates Catsfield and Hooe, a house in London and Rose Fuller’s “sugar works, lands and hereditaments in the island of Jamaica.”

Posted by Annette at 3:20 AM No comments: 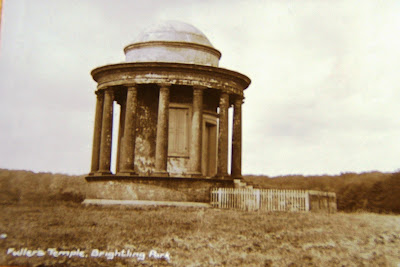 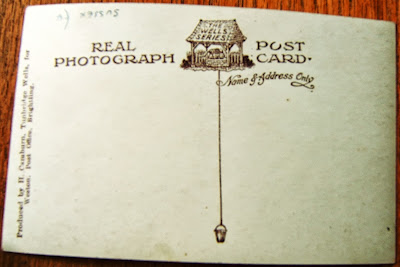 Driving north from Beaumaris on the Isle of Anglesey, one can’t help noticing an obelisk on a prominent hill. We stopped briefly to photograph it and continued on our journey to Bodorgan. Upon returning home to Canada, some days later I began to search for information about the obelisk. I found out that the 90 foot tall Bulkeley Monument on Cremlyn Hill was unveiled on 1st June 1882. It is described in the Cadw (Historic Environment Service of the Welsh Assembly) report as: 'Hard ashlar, probably Penmon stone, on panelled plinth with a moulded base and cornice, standing on a square stone platform.' 1   It was built to commemorate Sir Richard Bulkeley Williams Bulkeley, 10th Bart who was born in 1801 and died 28 August 1875, after having “dominated local government and politics in Anglesey for half a century.” 2 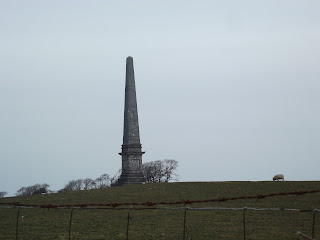 
Upon further investigation I found that the nearby Bulkeley estate, Baron Hill , has been derelict since the 1940s. We had noticed one of the gates and stopped to take photos but did not realize the connection to the obelisk and how close we were to exploring the large estate left untouched for over 60 years and now overgrown by woods. 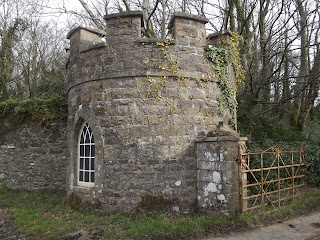 Baron Hill was built in 1618 and underwent a massive rebuild in the Neo-Palladian style in 1776 by  architect Samuel Wyatt. Death duties during the First World War eroded the Bulkeley fortune to the extent that they could no longer maintain the estate. During the Second World War the house was occupied by the Royal Engineers. Legend has it that Polish prisoners set fire to the place in the hopes of being moved to better accommodation. Much to their chagrin, they were subsequently housed in tents on the grounds of the ruined mansion.

In recent years, the construction firm Watkin Jones has employed architects Willacyhorsewood to design the multi-million pound transformation of the Baron Hill Estate into 43 luxury apartments.3 An application for planning permission was reviewed by the Isle of Angelesey County Council on
1 December 2010 (12.3 – 12C368A – Baron Hill, Beaumaris). I am presently unable to discern the status of the application.

These amazing photos of the Baron Hill Estate, below, are reproduced here with the kind permission of North Wales photographer David Roberts.

The Temple
Photo by David Roberts