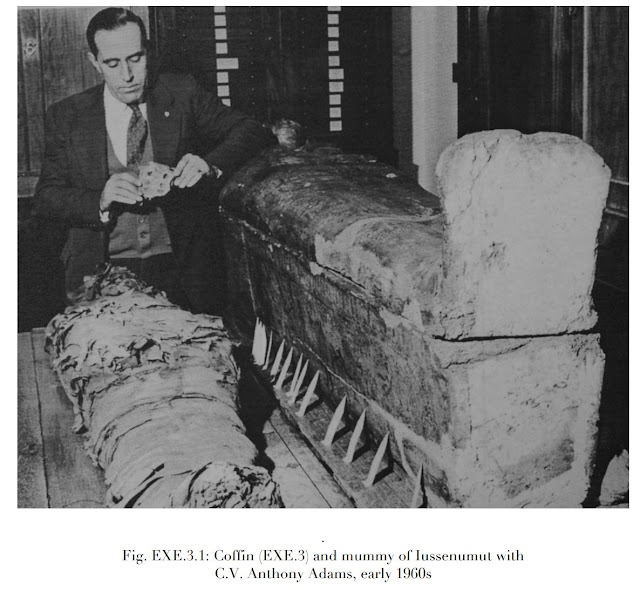 In 1819, the Rev. Robert Fitzherbert Fuller presented the inner and outer coffins, coffin board and mummy of Iw-s-m-hes.t-mwt (previously misnamed Au-Set-Shu-Mut) to the Devon and Exeter Institution. It appears that he acquired this set of 21st Dynasty artifacts while in Egypt with Col. Sir Joseph Stratton and Captain Bennett in 1817.  Born 11 Aug 1794 at East Grinstead, R. F. Fuller is the eleventh and youngest child of Jack Fuller's first cousin John Trayton Fuller.

Unfortunately, the outer coffin was lost to insect infestation before 1868 and the mummy was destroyed by cremation in 1971. The inner coffin was donated to the Egypt Centre, Swansea by the Royal Exeter Memorial Museum in the early 1980s. It underwent extensive restoration work done by the Archaeological Conservation Laboratories in the School of History and Archaeology University of Wales, Cardiff and was returned to Swansea in 1994. Iw-s-m-hes.t-mwt's mummy board was rescued from a skip by C.V. Anthony Adams (pictured above) and Robert Childs, has been restored and remains in the collection of the RAMM (Royal Albert Memorial Museum) in Exeter. 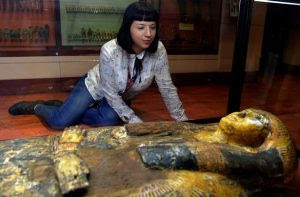