Slavery Was Halted But Many Shackles Remain 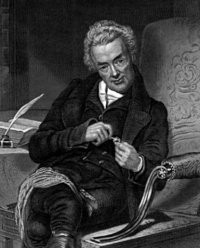 Our correspondent finds churches gearing up to mark the bicentenary of the Abolition Act
The Times - June 24, 2006
by Nick Wyke
NEXT spring is the bicentenary of the abolition of the transAtlantic slave trade in British ships, and already the groundswell of commemorative preparations is starting to rival the build-up to the Make Poverty History campaign last year.
Leading the charge, predictably, is William Wilberforce whose bitter struggle to end slavery will be retold in Amazing Grace, a film from Walden Media which scored a recent hit with Narnia. The makers hope to hold the premiere next spring at Clapham Holy Trinity church, the spiritual home of the Clapham Sect, the group of influential evangelical Anglicans who helped Wilberforce to promote his anti-slavery Bill from 1787 until it was finally passed in 1807 (slavery in the colonies was abolished in 1833).
Wilberforce’s biography is being written by William Hague; the city of Hull is celebrating its most famous son with aprogramme of events and a revamped Wilberforce House museum; and St Paul’s church at Mill Hill, northwest London, which was built by Wilberforce in his final years, is being restored with the addition of a museum.

Read full article here.
Posted by Annette at 7:12 AM No comments:

I am currently researching a branch of the Fuller family tree populated by the Shiffner and Bridger families. Pictured here, in 1789, is Sir George Shiffner (1762 - 1842) in the uniform of the 11th Light Dragoons. Sir George married Mary Bridger, maternal 2nd cousin of Jack Fuller.

George settled down to the life of a country gentleman having before marriage spent five years in the 11th regiment of Light Dragoons as a cornet. (Army List. His appointment dated 27 February 1782; for his resignation see No. SHR/3035) He then took an active part in local affairs as a justice of the peace, (He took his oath of qualification at the Epiphany sessions, 1803; East Sussex Record Office, QO/EW35.) deputy lieutenant (For his commission, 25 August 1798, see No. SHR/141.) and as Captain of the Lewes Troop of Yeomanry and Captain of the South Lewes Volunteer Battalion during the Revolutionary and Napoleonic Wars. (See Nos. SHR/90-139, 327.) He took over his father-in-law's work in connection with the joint estates in England and America and continued to improve and extend the Coombe estate. We have ample evidence of these activities in his correspondence and diaries, the latter being continuous from 1784 to 1837. His local reputation was such that he was considered as a candidate for Sussex in the Conservative interest in the 1807 parliamentary election in the place of the sitting Member, John Fuller, who had become unpopular for his outspoken defence of slavery in the colonies. This was a delicate matter since Shiffner had proposed him in 1801 and was related to him, but as Fuller persisted in his candidature, Shiffner declined the invitation; (See Nos. SHR/145-169, and T. W. Horsfield, The History, Antiquities and Topography of the County of Sussex, vol. 2 (1835), Appendix, p. 25.) instead, he sat for Lewes from 1812 to 1826. (Horsfield, op. cit., Appendix, pp. 47-49.) He had a baronetcy conferred on him in 1818.